Sotheby’s has officially announced that Domenico De Sole will be the new Lead Independent Director after being elected to the Board of Directors back in July. De Sole, who is the former President and CEO of Gucci Group as well as the co-founder and Chairman of Tom Ford International, will begin serving in his new role immediately. De Sole will develop the agenda for meetings of the Board of Directors and act as the liaison between Directors and the Chairman. De Sole is also serves as a director at Gap Inc. and Newell Rubbermaid, Inc and was a former director at Proctor & Gamble Co., Delta Airlines, Bausch & Lomb Inc., and Telecom Italia. 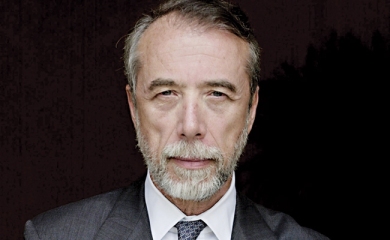 Lance Rehs is the most recent addition to his family owned art galleries, Rehs Galleries and Rehs Contemporary Galleries, which specialize in 19th and 20th Century European paintings and contemporary academic paintings. He earned his degree in Business from Hofstra University in 2010 and began his career working under a financial advisor. His education and previous work experience is rooted in finance, giving him the tools to understand complex markets and to decipher market trends. His knowledge of art and finance provides him with a unique perspective, allowing him to value art as an asset while appreciating it for the beauty in itself.
View all posts by Lance Rehs »
« Felix Salmon’s Art Market Analysis
Retrospective – Top Ten Artworks of 2013 »