After months of debate and speculation, the Treasury Department finally revealed that it will be not be removing the face of arguably genocidal former president Andrew Jackson from the twenty-dollar bill. Instead, it be replacing the portrait of Alexander Hamilton with the face of an unnamed influential American woman. If you don’t know your American history, Alexander Hamilton was the first Secretary of the Treasury under George Washington. He was also a soldier in the American Revolutionary War, and the founder of the first National Bank of the US. He died in a duel against Thomas Jefferson’s vice president, Aaron Burr. So yet again, Alexander Hamilton has died. 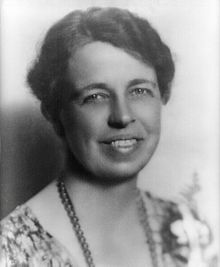 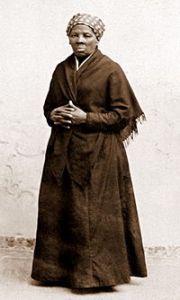 When I first heard about the change, it didn’t bother me. I wondered who will be the new face of the ten-dollar bill. Susan B. Anthony? Eleanor Roosevelt? Perhaps Harriet Tubman. We don’t really know. The only question that remains is what will be put on the back of the new bill? Alexander Hamilton was the first Secretary of the Treasury. The Treasury Building is put on the back. But after hearing all the information, I am upset about one thing. I read an article pertaining to this on artnet.com, which is relevant to the art world being that the depiction of Hamilton is based on a portrait by John Trumbull in 1805, housed at New York City Hall. But, as a history nerd, I nearly had an aneurism when the author of the article, who shall remain unnamed (but you can see the article if you click here), referred to Hamilton as a “former president”. I believe that’s the same mistake that Osama bin Laden made when he thought that Benjamin Franklin was once a President of the United States because he’s on the hundred-dollar bill.

The new bill is set to be released in 2020, the hundredth anniversary of the passage of the 19th Amendment to the US Constitution, which gave women the right to vote.

Nathan Scheer is contributor to The Artoholic and a webmaster for TheArtExperts.org, who is currently studying History and International Studies at Elon University in North Carolina. He has also worked for Rehs Galleries, Inc. and Rehs Contemporary Galleries, Inc., which specialize in 19th and 20th Century European paintings and contemporary academic paintings, respectively, as well as Christie's Rockefeller Center.
View all posts by Nathan Scheer »
« Lost and Found
Melbourne’s David-On-The-Lawn »