Today’s Andy Warhol’s 87th birthday. We may know him for his soup cans, or his portraits of Mao Zedong and Marilyn Monroe, but not many people know too much about who he was as a person. This is actually a common thing with many famous modern and contemporary artists. The artwork of Pablo Picasso and Jackson Pollock is known worldwide, but their personal lives remain obscure to most. So, I’ve compiled a list of the most intriguing, and at times unsettling, facts about one of the Twentieth Century’s weirdest personalities. You can also look at my article from Roy Lichtenstein’s birthday last October 27th. For more information about Andy Warhol, please visit my entry on Warhol at TheArtExperts.org.

His favorite pastime was buying underwear

He also liked to collect taxidermy, including a stuffed Great Dane named Cecil 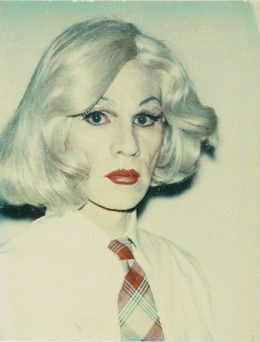 Warhol had a drag queen alter ego named Drella, a combination of Dracula and Cinderella 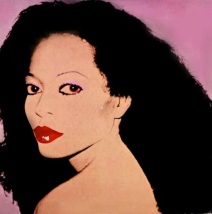 He designed the album covers for The Velvet Underground & Nico in 1967, the Rolling Stone’s Love You Live in 1977, and Diana Ross’s Silk Electric in 1982

Warhol recorded all his conversations. He referred to his tape recorder as his ‘wife’, and his polaroid camera as his ‘date’. He later used the recordings and photographs to create later artworks, including his play Pork

At his New York studio, called The Factory, he kept a cardboard box next to his desk, filling it with assorted objects that he liked. He called these boxes ‘time capsules’, writing the beginning and end dates on the side. By the time he died, Warhol had collected over 600 capsules

Nathan Scheer is contributor to The Artoholic and a webmaster for TheArtExperts.org, who is currently studying History and International Studies at Elon University in North Carolina. He has also worked for Rehs Galleries, Inc. and Rehs Contemporary Galleries, Inc., which specialize in 19th and 20th Century European paintings and contemporary academic paintings, respectively, as well as Christie's Rockefeller Center.
View all posts by Nathan Scheer »
« The Selfie Epidemic
Thank You For Breaking Our Vase »