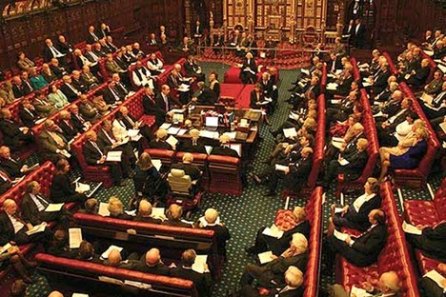 Recently, the British House of Lords has been pushing the House of Commons to act on a significant issue that has become more consequential since the beginning of the wars in the Middle East. The House of Lords has become aware of the destruction of artifacts of cultural significance, and has requested the House of Commons to finally sign both protocols of the Hague Convention. The Hague Convention is an international treaty first signed in 1954. The first protocol defines what ‘cultural property’ is, and compels its signatories to protect said cultural property against “the foreseeable effects of armed conflict” among other things. The Hague Convention is represented by the symbol of the Blue Shield, which is placed on landmarks to identify them as being culturally significant and they therefore must be protected.

Signatories of the first protocol include the United States, Russia, Germany, France, Australia, Saudi Arabia, India, Japan, Canada, and many others. However, there are only four countries that have signed the first protocol, but have not ratified it yet. Those four are Andorra, the Philippines, Ireland, and the United Kingdom. Now, the United Kingdom not ratifying this very important treaty, which has been used to protect art, architecture, and other cultural artifacts during the ongoing wars in the Middle East, is very unusual since Britain has a history of protecting cultural items. Britain was one of the few Allied nations during the Second World War involved in the salvaging of art and its restitution. In 1999, a second protocol was added to the convention that added further provisions for the protection of cultural property during wartime. The second protocol has not been signed by as many countries as the first protocol.

For a while now, the House of Lords, the upper house of the British Parliament, has been urging the House of Commons to finally ratify the treaty. Britain was one of the most contributive nations to programs set up to protect European cultural artifacts during the wars in Europe. Should the House of Commons ratify both protocols, Britain would become the first of the five Permanent Members of the UN Security Council to do so, which would give them the opportunity to set up the Blue Shield headquarters in London. Britain has already taken steps to ensure the protection of art and architecture during the Middle Eastern wars. Approximately £30 million ($43 million) has gone towards a cultural protection fund that has already established a team of new Monuments Men and Women within the ranks of the 77th Brigade.

During debates in the House of Lords, the Baroness Andrews has reiterated that there is indeed a “growing sense of urgency” to ratify the treaty after bearing witness to the “grotesque failures of Iraq” exemplified by the crimes of the Islamic State (ISIS/ISIL/Daesh). The Baroness Neville-Rolfe has ensured the public that both protocols will be ratified, but there is no specific date as to when the House of Commons will do the deed. Should the British government ratify both protocols, it would be a monumental step forward in art recovery and restitution.

Nathan Scheer is contributor to The Artoholic and a webmaster for TheArtExperts.org, who is currently studying History and International Studies at Elon University in North Carolina. He has also worked for Rehs Galleries, Inc. and Rehs Contemporary Galleries, Inc., which specialize in 19th and 20th Century European paintings and contemporary academic paintings, respectively, as well as Christie's Rockefeller Center.
View all posts by Nathan Scheer »
« The Jewelry That’s Funding ISIS
Banksy Strikes Again »